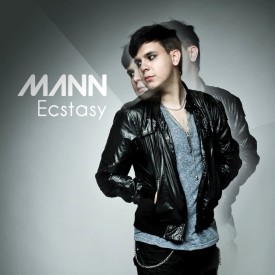 1. The Sun Goes Down, The Moon Will Rise

Mann returned to the recording studio for his third record with an edgier musical style. Back to basics, Mann returns to an electronic sound incorporating rock beats into the mix. The production was in charge of Nurivan Reyes and some songs were co-produced by Donaldo Sevilla, lead singer of Doble Circulacion. Mann said in several interviews that the album was less personal and more about short stories. He even mentioned several writers and artists would be developing comics for some of the songs. Although the stories and production of some comics were completed, none of them were released due the album being only available in digital stores.

The first single for the album was Lights and was released months prior the album. The production of a music video stayed in development. The song got a heavy rotation in nightclubs around Mexico, attracting a new market for Mann, although the song is the only single by Mann that did not chart anywhere.

The soft-rock ballad Remind Me was one of the first ones written for the album and talks about a love interest that can save someone to losing the ability to feel. No Time To Live is a mid-twenties anthem, referring to being trapped in a routine and work, and not having time for a personal life. Contaminated Soul is the second featuring song in Mann’s career, including Donaldo Sevilla, who also helped with choruses for other songs. Karma is an upbeat electronic song, and Mann said that talks about a friend’s betrayal. Epilogue closes the album with an epic powerful song co-produced by Hector Adrian and directs Mann’s music into adulthood.

Mann toured Mexico for the third time with his In Ecstasy Tour performing as well in many television shows and media.

Mann announced as a second single The Sun Goes Down, The Moon Will Rise, an Incubus-style rock song, which had an incredible radio play in Mexico and Radio Internet. The song was also included in a compilation of independent music Catharsis.The album helped Mann considerably to get his groove back on track and getting him to chart online at #12 in Reverbnation Canada. A music video was shot, although it has not being released yet.

Mann also filmed a music video for the acoustic-driven Forever, which assembles Mann’s style in his sophomore album. Although it was rumoured that the song would be the third single Mann stated that the promotion for Ecstasy was over and he was working on a new record.