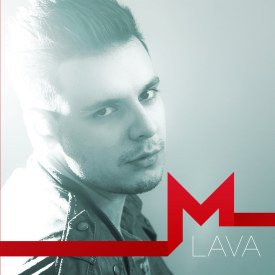 After almost two years of absence, Mann returned in 2013 with a collection of EP’s representing the four elements of nature. The first one, representing fire was titled Lava and it was a catalyst in Mann’s career. Teaming up with Gold Record Producer Murray Yates (Forty Foot Echo, Templar) Mann got to compose all of the songs for the first time. With meaningful lyrics and influences of Depeche Mode, Portishead and Evanescence, Mann showed his creativity as an artist and a more raw and personal material.

The first single, “From The Start”, was released in 2011 originally as part of a special edition of his third album Ecstasy, but in a media tour in Mexico, Mann announced it would be included in a brand new record. A music video directed by Charles De Jesus was released later in 2012 becoming an instant hit. The song made Mann the top artist of the Latin Charts in Vancouver, and number 8 in the Latin Canadian charts on Reverbnation.

Mann then took a break to work on other projects including television and a theatre play. In 2013, after fully recording the EP, Mann released a second single titled “The Door”. Directed by Pat Weir, Mann’s music video boosted the single considerably turning it into a club hit in Mexico. The single charted on iTunes Canada at #117. The actress and model Leala Selina was featured as the female lead of the video. In 2014, after the release of the video on VEVO, Mann’s single boosted on the Canadian Latin charts to #6.

Mann hit the road on May 2013 in his brand new Lava Tour featuring dancers and theatrical elements. He performed for 80,000 at Zocalo, Mexico City. The latest single of the EP, “Shadow”, came out on September 2013 without Aedon Records as the label. The music video featured footage of his documentary MANN:2013 which was filmed during the tour. “Shadow” became Mann’s highest charting single getting to #13 on iTunes Mexico.