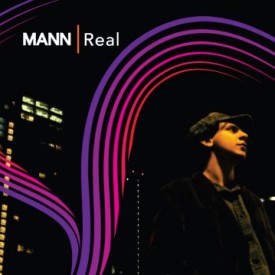 Mann’s debut album Real tells the story of a young man in his late teens and his perception of the world at the time. Highly influenced from his status as an immigrant in Canada, the songs talk about a search for an identity and a desperate need to belong. Without an established sound as an artist Mann presents a first record with a vast variety of musical styles, all contained in contemporary Latin Pop. With pop, folk and electronic fusions, Mann develops a unique musical style that later on will define him as an artist.

The first single of the record Beg was released weeks earlier with a music video featuring celebrity Dj Rihannon. The bubblegum-pop track contains an interesting contrast of aggressive and mean lyrics with elements of lounge music. The single peaked at #42 in Independent radio stations in Mexico and was presented to the world on Sergio Sarmiento’s radio show in Mexico. The single was highly promoted in Mann’s first tour and it remains as one of the favourites of his repertoire.

Months later Mann released his second single Go Away, the electronic-oriented opening track of the album. The song also got a music video shot in Vancouver, B.C. and peaked at #31 in Independent Charts, becoming the most successful single of Real.

Mann filmed an acoustic session presenting some of the other songs, including We Are which was a protest song about the lack of care in politicians in Mexico. Another acclaimed song was his only Spanish track in the record Contenta, written during his days with his rock band Punto y Aparte. The song features a minute-long instrumental intro and portraits the Latin-American roots of Mann, with passionate lyrics about love and betrayal.

Mann intended to release as a third single the upbeat rock tune Nothing Personal, which talked about enjoying his new life more than his past life. An unreleased music video for this song was also produced, featuring Mann late for work.  The single was later replaced by Killing Their Voices for being more friendly towards Mexican market. The song peaked at #74 in Independent tracks in Mexico.

To promote the album Mann toured across central Mexico in his first tour called Reality Tour.