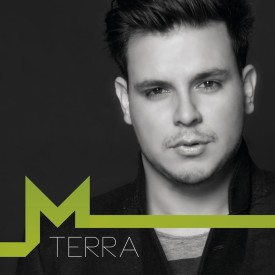 Mann announced the departure from his record label in September 2013. Then he asked fans to fund his project through Pledgemusic.com getting all the money in only four days. Mann started recording at Echoman Studios with Murray Yates in November 2013 and finished the record in December 2013.

This EP features songs with Mexican singer Tania Geller and Canadian singer Mary Douglas. Mann announced that the first single is titled “Sin Aliento” and the music video was released in January 15, 2014 becoming an instant hit in Mexican radio.

Mann stated in many interviews that this is his most personal record and that working full time on it made a “huge difference with his previous work.”

The EP was released in February 17th 2014 charting in both Canada and Mexico’s World Charts at #51 and #175 respectively becoming Mann’s most successful record to date.

Mann released as a second single “Llueve Cristal” with Tania Geller with a music video recorded both in Mexico and Canada. The single received good critiques in Mexico for its catchy romantic elements.

Mann released a last single for the EP “Circles” featuring Mary Douglas. The song peaked at #6 on the Canadian Latin Charts and #1 on British Columbia’s Latin Charts.

Mann released a promotional single of a remix by Virtualmoon of “Dust Is All You Left” in November, boosting the song to #20 on the Canadian Latin Charts.