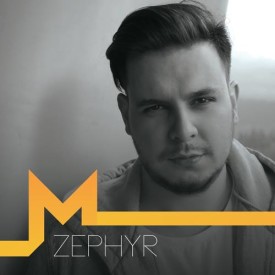 Mann started recording “Zephyr” in October 2015 and completed the record in March 2016. As a promotional single he released “Alone” in February and “Breathe” in March. The EP was released April 26 2016.

“Zephyr” debuted at #1 on the World Music charts in Canada, becoming his first record to do so on this platform.

The official first single was “Esperar” featuring Mexican Popstar Bárbara Zúñiga. The lyric video was released in May 3rd 2016. The music video was filmed in Mexico City in June 2016, and released in July 2016.

“Alone” will serve as the official second single, set to debut in the fall with a music video.